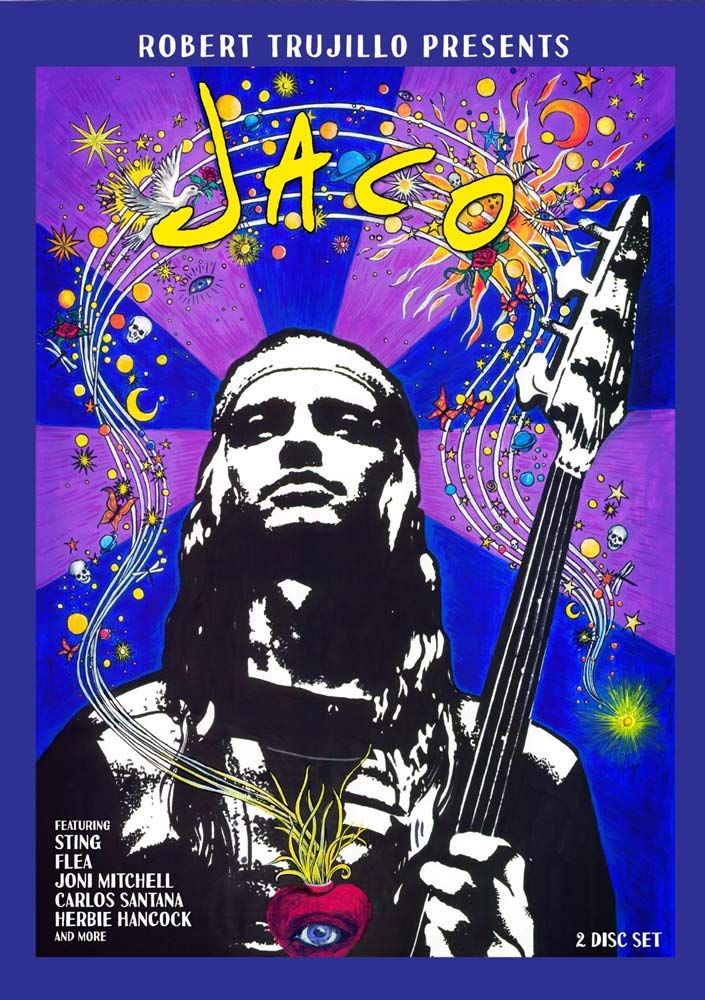 JACO, a compelling story of prodigious talent, personal adventures and raw human vulnerability presents the world of the bass guitar phenomenon Jaco Pastorius through the eyes of his family and various musical collaborators. Produced by the Metallica bassist Robert Trujillo, and directed by Paul Marchand and Stephen Kijak, this blistering biopic contains incredible unseen footage and photography from the Pastorius family archive, and takes viewers into the heart and soul of this hugely influential cross-genre artist. Featuring interviews with an array of artists (Flea, Joni Mitchell, Sting, Wayne Shorter, Herbie Hancock, Geddy Lee) and friends, 'JACO' unveils the story of his music, his life, his demise, and ultimately the fragility of great artistic genius.

"Produced with a loving but honest grip... JACO is a fitting gift of afterlife." - Rolling Stone (David Fricke)

"p" "It was the first time since Jaco left us that I felt as though I was able to spend two hours again with the man." - "b"Peter Erskine."i"

You have no items in your shopping cart.

You have no items in your shopping cart.

WE HAVE SERVED THOUSANDS OF CUSTOMERS IN ALL OVER WORLD

Some of the cities are listed below

WE HAVE SERVED THOUSANDS OF CUSTOMERS IN ALL OVER WORLD