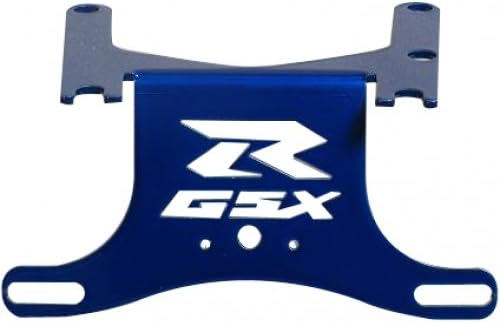 Suzuki 2006 - 2010 GSXR 600 750 Fender Eliminator. Get rid of that big black mud flap/shovel on the back of your bike and add this fender eliminator, plate holder, tail tidy or whatever you want to call it. For a very small, discreet and racy look to your bike. Brand new aluminum powder coated custom made license plate fender eliminator bracket. It will work on the older bikes but you will have to drill your own holes to mount it. Eliminates a lot of unnecessary weight and wind drag. INSTALLATION: This fender eliminator bolts STRAIGHT on with your existing hardware in the same spot as your existing fender and requires no drilling or cutting in most cases. You can do a custom fit just by drilling a couple of holes to mount it if you have an after market undertail. The installation is so simple that it does not require/include any instructions.

Ruby Reef Kick-Ich Pro 8 oz (64 oz): I know this if off topic but I'm looking into starting my own blog and was wondering what all is needed t...