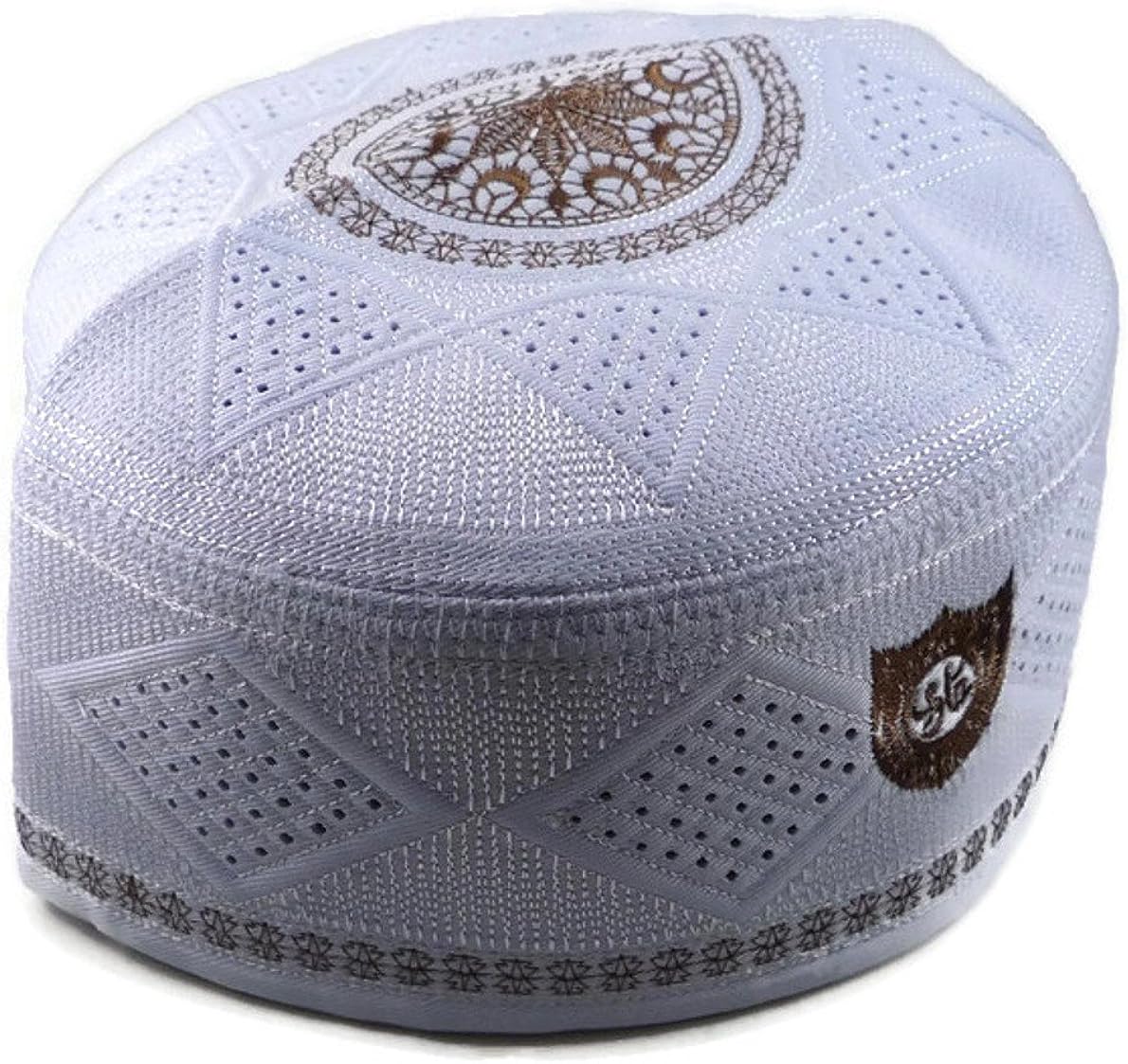 Alwee ALW002 Men's Muslim Skull Cap Headware Islam Kufi Hat Black White. High quality kufi hat for Muslim Men. Thick and comfortable fit. Unique design Muslim prayer hats from Thailand. The buyers should measure the head size correctly before placing an order. Those who have thick or long hair may have to order additional 0.5 inch of the hat size so that the hat will fit to their heads correctly.